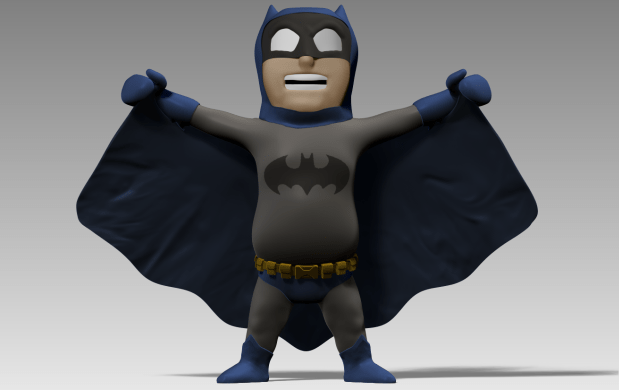 Bruce Wayne may be on permanent vacation with Selina Kyle, but that hasn't stopped Batman from topping YouTube's list of most popular superheroes. Based on views and amount of content, the Dark Knight is number one, racking up 3 billion pairs of eyes on 71,000 hours of video. That's 213 trillion hours you spent watching the antics of a flying rodent with daddy issues -- or roughly 42,000 views per hour of footage. More surprising than that though, is who came in second place. It wasn't Spider-Man (seventh with 340 million views of 7,400 hours of video) or Tony Stark (fourth with 1.7 billion views of 20,000 hours of video). If you heard thunder, you heard right. Thor has 2.1 billion views and 66,000 hours of video, but only around 32,000 views per hour of tape. What does it all mean? Mjolnir's owner is around 33 percent less popular (views per hour) than Gotham's First Son -- and he's a god. Ouch.

That Bats has a pair of killer video games benefiting from repeat walkthrough viewings probably helps, but we imagine clips like what're after the break do the actual heavy lifting. If you want to see if your favorite made the cut, hit YouTube's blog from the source link below.

In this article: Batman, DcComics, IronMan, Marvel, mjolnir, spiderman, superheroes, thor, youtube
All products recommended by Engadget are selected by our editorial team, independent of our parent company. Some of our stories include affiliate links. If you buy something through one of these links, we may earn an affiliate commission.