Motorola's return to the smartphone market after a year ensconced in Googliness raised many questions about how the handset pioneer would introduce a competitive smartphone without appearing to have most-favored manufacturer status from Google. The company responded in two ways. First, instead of trying to smother the look and feel of Android, it embraced it nearly to the extent of a Nexus phone. Second, it added a few thoughtful differentiators. These include a pulsing time display that adds notifications even when the screen is off and camera activation via a twist of the wrist. More notably, it enhanced access to Google Now by enabling hands-free activation with the prefix, "OK, Google Now..."

LG, another Android handset company that had fallen from feature phone grace, came next with its G2. Like the Moto X, the G2 implements some clever sensor-driven and gestural features, including a "knock" (double-tap) to activate the screen and an automatic call-answering feature activated by putting the phone up to your face. But unlike Motorola, LG muscled up its device with a nearly bezel-free 5-inch display, a battery that more efficiently fills the case, a 13-megapixel camera with optical image stabilization and the flagship Qualcomm Snapdragon 800, which sees its US debut in the G2. (LG also highlighted much of its rear-mounted power and volume control placement, which is different, but not necessarily better (at least for the right-handed).

If these kinds of usability-focused enhancements have raised any questions for Samsung, which has seemingly piled on whatever it can think of into its smartphones, the global smartphone leader is turning a deaf ear. With their latest phones, Motorola and LG have focused on driving convenience in addressing common scenarios. But with the Galaxy Note 3, Samsung continues to seek power user justification for its S Pen. The stylus' box gesture, for example, which allows you to embed one app anywhere on the screen, is not only a power user feature, but also one that could be achieved without Samsung's fancy little stick. Samsung also pours its energy into a lot of functionality that replicates things built into Android or common apps. Adding on to the likes of S Voice, ChatOn and WatchOn, the company has added Scrapbook, a tidbit-collection facility that competes with Evernote even as it integrates with it, and My Magazine, a Flipboard clone put to work to compete against HTC's BlinkFeed.

Perhaps the best examples of Samsung's love of features that embrace marginal utility are ones that require multiple Galaxy smartphones to work.

Perhaps the best examples of Samsung's love of features that embrace marginal utility are ones that require multiple Galaxy smartphones to work. Topping a Group Play feature that allows one to use four Galaxy smartphones as surround speakers (despite smartphones being infamous for poor-quality speakers), the company added Multi-View, which allows you to line up four Galaxy Notes and play a video that stretches across their displays. Creators of tiny video walls rejoice.

Perhaps there is a method to the madness; Samsung could be seeking to differentiate itself for those who embrace technology for technology's sake, who buy into the promise of the possible versus the practical. Many features that we take for granted and use today were once considered experimental, gimmicky or derivative and Samsung may just be hedging its bets. But bleeding-edge features that approach the status of demos do not line up with the enormity of the market that buys even Samsung's flagship phones (or perhaps four of them). For Android handset vendors such as Motorola and LG, and others who would like to cut into Samsung's massive market share, there may be opportunity in drilling home that their feature sets are not just fun, but also functional.

Ross Rubin is principal analyst at Reticle Research, a research and advisory firm focusing on consumer technology adoption. He shares commentary at Techspressive and on Twitter at @rossrubin.
In this article: accessories, apple, column, google, mobile, note3, rossrubin, samsung, switchedon
All products recommended by Engadget are selected by our editorial team, independent of our parent company. Some of our stories include affiliate links. If you buy something through one of these links, we may earn an affiliate commission. 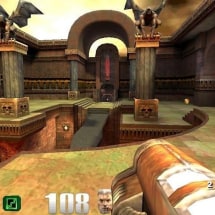