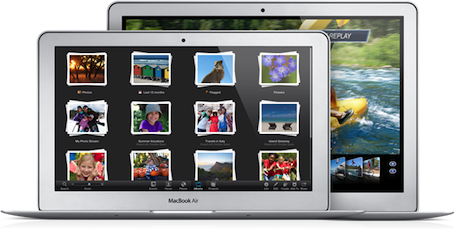 In August, we reported on problems that owners of the mid-2013 Haswell MacBook Air were having getting Citrix GoToMeeting to recognize their webcams.

Shortly after we published that story, Citrix contacted TUAW to announce a fix for the problem would be released on September 15. On September 13, commenters on a thread about the issue on Citrix's website were informed their issues would be fixed first.

On September 13 an employee of Citrix posted:

All, We have a fix for this issue ready for use. We will begin work to upgrade everyone on this thread now, but we require your GoToMeeting email address to do so and may miss a few of you if use a different email address for this forum. I will post again once we have upgraded everyone we can with the information we have. Thank you again for your patience. Chris Duncan Product Manager, GoToMeeting

All, For those of you who do not have an account but would like to get the fix: we will deploy the upgrade to all of our customers gradually over the next 1-2 months. If you have particular GoToMeeting users you meet with regularly, please have them contact our Global Customer Support team to get upgraded: http://support.citrixonline.com/en_US... -Chris

While this is different than the promise that the fix would be available for everyone on September 15, Citrix is in the process of fixing the issue.

However this isn't the end of Citrix's Mac problems. Apparently MacBook Pro and MacBook Air users who have upgraded to OS X 10.8.3 are now having issues connecting to their webcams in various third party apps, including Skype.

In a post on September 16 the Citrix employee who has been helping users in the thread posted the following update.

For those of you who have received our upgrade and also updated to Mac OSX 10.8.5, you may have noticed your webcam is still not detected by GoToMeeting. This is affecting Skype as well. While we believe the issue is on Apple's side, we will investigate solutions and workarounds as well. In the meantime, we suggest holding off on upgrading to OS X 10.8.5 or downgrading to 10.8.4 if you have already updated. Instructions on how to do so have been posted to Skype's forum: http://community.skype.com/t5/Mac/OS-...

If you have suddenly found your Skype or Citrix GoToMeeting programs no longer work following the update to OS X 10.8.3 please head over to this Skype support page for help in fixing the issue. Citrix is working on a fix for the problem on their end.
In this article: citrix, gotomeeting, update
All products recommended by Engadget are selected by our editorial team, independent of our parent company. Some of our stories include affiliate links. If you buy something through one of these links, we may earn an affiliate commission.
Share
Tweet
Share