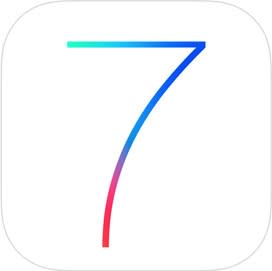 When Apple announced iOS 7, it made a big deal about how good the operating system would be for educators looking to manage iPads in their classroom. There's a whole page set up making that claim. But a new report from AllThingsD shows that while iOS 7 has some great tools for educators, its initial installation may be opening up some security flaws.

Several school districts have discovered installing iOS 7 accidentally removed the supervision profiles administrators have placed on district-provided iPads. These profiles allowed the schools to put content blocks, web filters and app blocks on the iPads to ensure they were used for purely educational activities.

In a memo from the Manituou Springs School District in Colorado obtained by AllThingsD, parents were warned of the district iPad's compromised security.

Apple did not realize that installing iOS 7 would remove our (and thousands of organizations across the country) safety protection measure, which now makes the iPad devices unfiltered when accessing the internet away from school.

The district announced it would be collecting iPad's at the end of each school day until they have time to reinstall the safety measures on the devices. It was a difficult task; schools had to collect hundreds of iPads, manually wipe them, then reinstall the OS, apps and school content they originally contained.

When AllThingsD reached out to Apple for a comment, the company said they were aware of the issue and would have a fix up within the month.

Of course there are problems for school administrators trying to control iPads beyond the unintended effects of new software updates. Sometimes, as we've seen recently in the LA school system where students found workarounds to installed content blocks, the kids are simply smarter than the security.

In this article: allthingsd, education, ios7, ipad, school, schoolipads
All products recommended by Engadget are selected by our editorial team, independent of our parent company. Some of our stories include affiliate links. If you buy something through one of these links, we may earn an affiliate commission.
Share
Tweet
Share