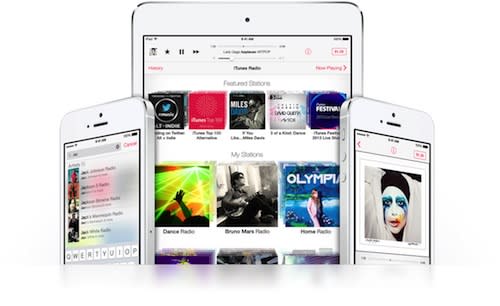 This past September, Apple released iTunes Radio in the United States, marking the company's first foray into the world of music streaming. But what about the rest of the world? What about our friends in the Great White North? The answer seemingly came earlier this week when we reported that Canada, the UK, Australia and New Zealand would be getting the service sometime in 2014.

But then something strange happened earlier today. Reports started coming in on Twitter that iTunes Radio was suddenly available for some Canadian and UK customers before being quickly removed.

9to5Mac was able to confirm firsthand that the service was available in Canada, while readers wrote in via Twitter to say they had access to the service in Europe.

Hey @9to5mac, iTunes Radio just popped up and is working on my iPhone 5S running on a 4G contract with EE in the UK. Canada looks likely.

But just as soon as it had begun, the service disappeared. Canadian users quickly took to Twitter to voice their displeasure.

I'm actually pissed that iTunes Radio was available (by mistake) in Canada for like 30 minutes and I missed my opportunity to check it out.

While we obviously have empathy for our UK and Canadian friends, at least they can take solace in the knowledge that iTunes Radio is close enough to ready for your market that such a brief leak of the service was possible. You'll probably be streaming soon. In the meantime, maybe there are other online streaming radio options.
In this article: apple, canada, itunesradio, itunesradioleak, music, uk
All products recommended by Engadget are selected by our editorial team, independent of our parent company. Some of our stories include affiliate links. If you buy something through one of these links, we may earn an affiliate commission.
Share
Tweet
Share