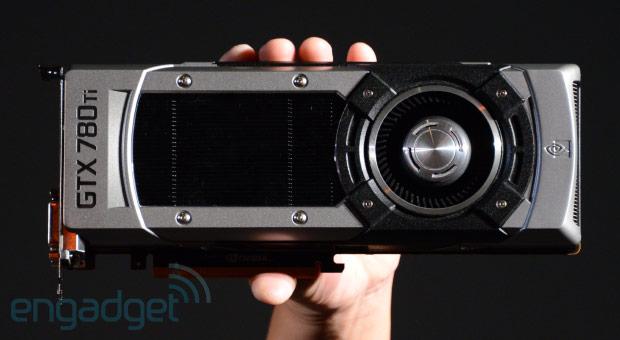 NVIDIA's news day apparently isn't over just yet, as the company just revealed a new graphics card: the NVIDIA GTX 780 Ti. It's apparently hitting retail shelves this November, and it's just one step below the company's super high-end GPU, the Titan. CEO Jen-Hsun Huang didn't offer many specifics on the new graphics card, instead choosing to leave it to reviewers who are apparently receiving units any day now. We're gonna go ahead and call it safe to assume that this is a pretty powerful little card, but we'll get some hands-on time in the coming hours with any luck!

In this article: gtx780ti, hdpostcross, jenhsunhuang, nvidia, nvidiamontreal2013
All products recommended by Engadget are selected by our editorial team, independent of our parent company. Some of our stories include affiliate links. If you buy something through one of these links, we may earn an affiliate commission.