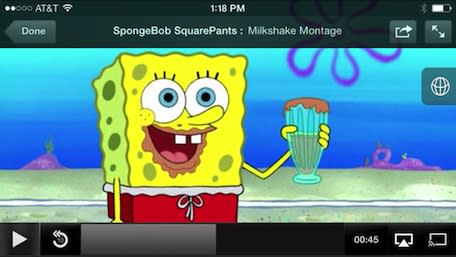 What's New in Version 3.3.1
Start casting your favorite TV shows and Movies on Chromecast from Hulu Plus, now from your iPhone (iOS6 and above)

Users of a Chromecast now simply only have to press the Cast button, which will now appear in the iPhone app right next to the AirPlay button to send their Hulu video to their TV via Chromecast. Hulu Plus is a free download. Google's Chromecast costs US$35.

In this article: chromecast, google hulu, GoogleHulu, hulu, hulu plus, HuluPlus, iOS, iPhone, soft, Software Update, SoftwareUpdate, video
All products recommended by Engadget are selected by our editorial team, independent of our parent company. Some of our stories include affiliate links. If you buy something through one of these links, we may earn an affiliate commission.
Share
Tweet
Share