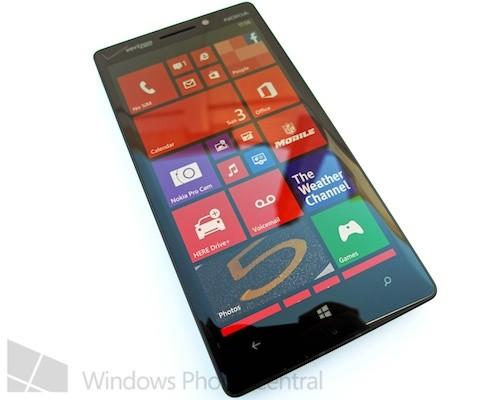 It's not the first time we've seen a leak of what's purported to be Nokia's forthcoming Lumia 929 smartphone, but this latest one from Windows Phone Central should clear up most lingering questions that anyone's had about the device (with a couple of notable exceptions). According to the site, the Verizon-bound phone is a "very quick," high-end device with a 5-inch 1080P AMOLED display, a 20-megapixel PureView and 32GB of internal storage -- not surprisingly, it's more or less a slightly bigger and refined version of the Lumia 928, with a metal band around the edge being another distinguishing feature. Unfortunately, the two details that remain unknown are two big ones: a price and a release date, although the latter is said to be sometime between Thanksgiving and the beginning of next year. You can find the full spec list (and more photos) at the source link below.

In this article: lumia, lumia 929, Lumia929, mobilepostcross, nokia, verizon, windows phone, WindowsPhone
All products recommended by Engadget are selected by our editorial team, independent of our parent company. Some of our stories include affiliate links. If you buy something through one of these links, we may earn an affiliate commission.