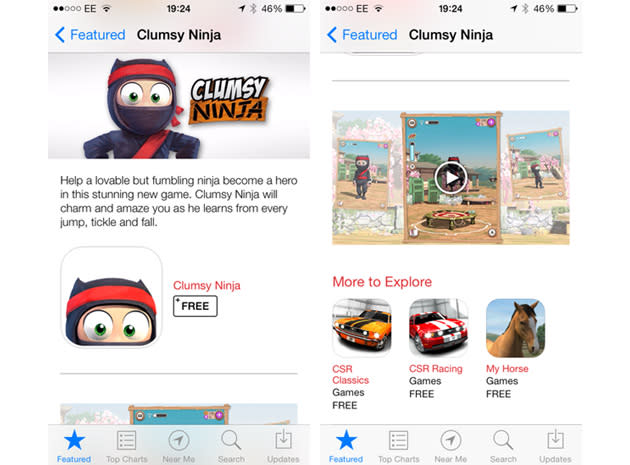 Android app shoppers have long had the luxury of watching video trailers on Google Play, but their iOS counterparts have had to be content with static images on the App Store. Apple's portal just got livelier, though, as MacStories has noticed what may be the first App Store video clip. UK residents who visit the "featured" section of the store now see a trailer for Clumsy Ninja alongside the usual promo graphics and app icons. This isn't necessarily a sign of things to come -- other regions don't see the trailer just yet, and it's not present within Clumsy Ninja's app page. With that said, we won't be shocked if App Store sizzle reels become commonplace.

In this article: app, apple, appstore, clumsyninja, ios, ipad, iphone, mobilepostcross, trailer
All products recommended by Engadget are selected by our editorial team, independent of our parent company. Some of our stories include affiliate links. If you buy something through one of these links, we may earn an affiliate commission.