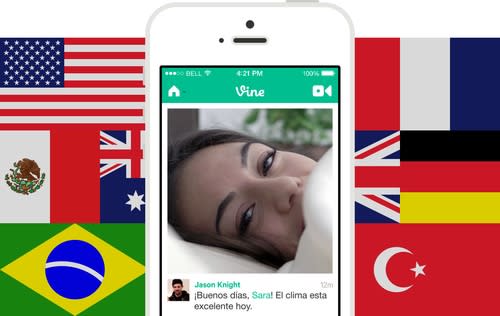 Twitter's six-second video sharing app Vine is making a play for more markets, announcing today that its apps for iOS and Android have been translated into 19 new languages, plus two more just on Android. Also available on Windows Phone and sporting a user base of over 40 million, a blog post also mentions Vine is working on ways to highlight popular clips on a country-by-country basis. Many of the Vine's we've seen work in any language, but we suppose opening up access to the app to more people will only increase the creativity seen. Now, who can translate "Ooooh, kill 'em" into Polish?

In this article: android, ios, languages, mobilepostcross, SocialNetworking, translation, twitter, video, vine
All products recommended by Engadget are selected by our editorial team, independent of our parent company. Some of our stories include affiliate links. If you buy something through one of these links, we may earn an affiliate commission.