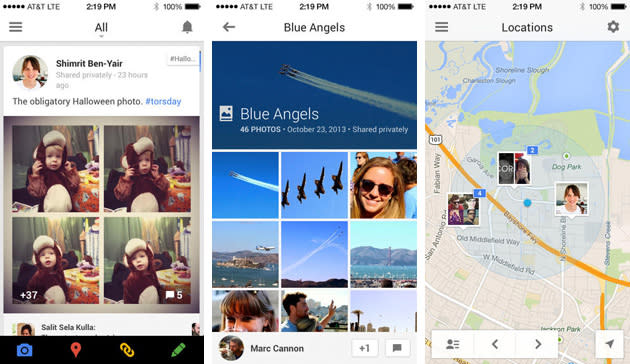 After nearly a month, Google is delivering on its promise of bringing full-size photo and video backups to Google+ on iOS. The app's version 4.6 update now lets iOS 7 users upload imagery at its original resolution as long as there's enough available cloud storage. Photographers aren't the only ones who benefit from the new software, though. It also introduces the location-sharing option from the Android release, translates posts in-line and unifies search. Socialites eager for more detail in their pictures (or their whereabouts) just need to visit the App Store for an upgrade.

In this article: app, backup, google, google+, googleplus, ios, ios 7, ipad, iphone, mobilepostcross, smartphone, socialnetworking, tablet
All products recommended by Engadget are selected by our editorial team, independent of our parent company. Some of our stories include affiliate links. If you buy something through one of these links, we may earn an affiliate commission.