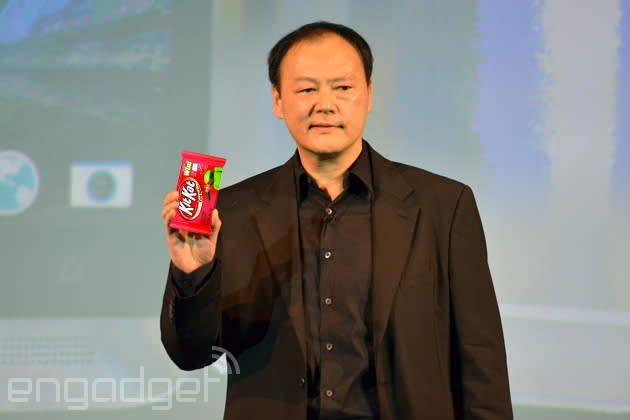 If you were bold enough to buy a Developer Edition HTC One or its unlocked sibling, today is your lucky day. HTC's US division has announced that it's rolling out an Android 4.4 KitKat upgrade to both One variants, weeks ahead of the expected update for carrier-locked models. Sense 5.5 should also be a part of the package. While the KitKat upgrade isn't reaching these units as quickly as it did for the Google Play Edition, it's safe to say that many One owners will have another reason to celebrate this Thanksgiving weekend.

In this article: android, android4.4, htc, htcone, kitkat, mobilepostcross, one, sense, sense5.5, smartphone, update, upgrade
All products recommended by Engadget are selected by our editorial team, independent of our parent company. Some of our stories include affiliate links. If you buy something through one of these links, we may earn an affiliate commission.