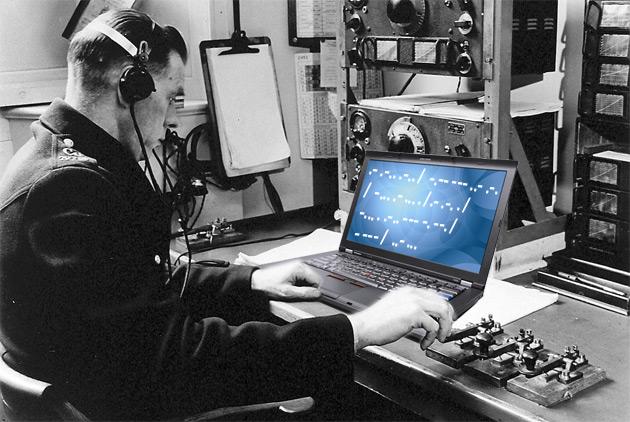 Straight from camp "what could go wrong" scientists at the Fraunhofer Institute for Communication have developed a proof-of-concept malware that can communicate with other machines nearby, using just standard laptop speakers and microphones. Most importantly, the computers don't need to be on the same -- or technically any -- network, they just need to be within 65 feet of each other. Even more sinister, is the fact that the researchers who developed the method claim they can form audio "mesh" networks to extend this reach much farther. The idea isn't a new one, and in fact, the technique that proved most reliable is based on an older method, developed to help computers communicate under water (not malware). One "positive" is that currently data speeds are slow. Very slow. An excruciating 20 bits per second. So, your petabytes of personal data might not be radioed back to crime HQ any time soon, but tests have already successfully shared passwords over the "air gap." If there's ever an excuse to get that radio in the office, this is probably it (though it'll need really good top-end).

In this article: audio, Fraunhofer Institute for Communication, malware
All products recommended by Engadget are selected by our editorial team, independent of our parent company. Some of our stories include affiliate links. If you buy something through one of these links, we may earn an affiliate commission.