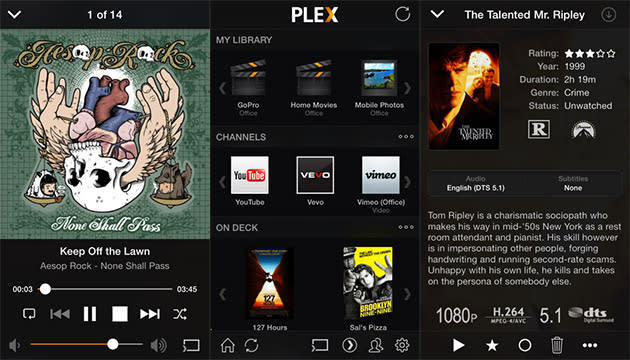 Plex might be a straggler in the iOS 7 app update parade, but as they say: better late than never. The refreshed app comes with a new look for Apple's latest mobile platform, but since it retains most of the old interface's elements, you can't exactly call it a complete overhaul. Other than this mostly skin-deep change, this release also brings a new video player, an "improved music player" and the ability to sniff out URLs from the clipboard for queuing to its myPlex cloud-synced platform. Finally, its creators peppered in a bunch of bug fixes, including ones for random freezes and syncing errors, to make version 3.3 more palatable and perhaps more worth its $5 price in the App Store.

In this article: app, hdpostcross, ios, ios7, MediaPlayer, mobilepostcross, plex, update
All products recommended by Engadget are selected by our editorial team, independent of our parent company. Some of our stories include affiliate links. If you buy something through one of these links, we may earn an affiliate commission.