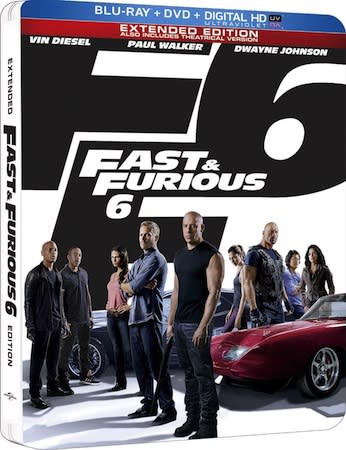 This week's Blu-ray movie release list has several highlights, but fans of the Fast & Furious movies should look out for the sixth movie as it arrives just days after the sudden death of star Paul Walker. On TV we're looking at a slew of midseason finales, mixed in with a few season finales including Sons of Anarchy and Homeland. On disc we also have the 50th Anniversary release of Mary Poppins and Despicable Me 2, and streaming viewers can check out the second season of one of Netflix's first original series, Lilyhammer. Check after the break for our weekly listing of what to look out for in TV, Blu-ray and gaming.

In this article: FastAndFurious6, hdpostcross, listings, MustSeeHdtv
All products recommended by Engadget are selected by our editorial team, independent of our parent company. Some of our stories include affiliate links. If you buy something through one of these links, we may earn an affiliate commission.