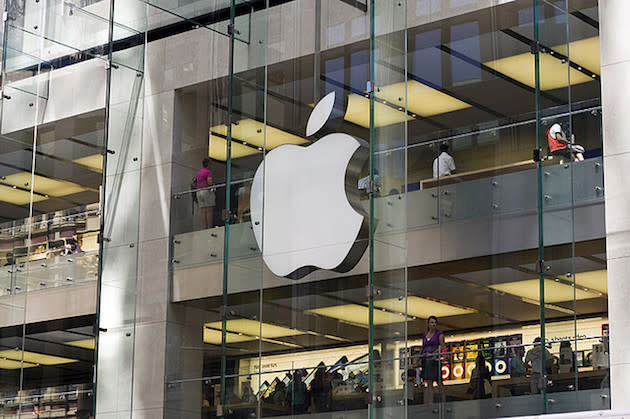 Apple's had its hand slapped over its product warranties more times than it cares to remember. In its latest brush with competition regulators, the company has been hit with a court order from the Australian Competition and Consumer Commission (ACCC) following claims it was misleading customers over their rights to a replacement, refund or repair on faulty products. Similar to its actions in Europe, the ACCC alleges that staff incorrectly applied the company's own warranty policies, including its 14-day return policy and 12-month manufacturer warranty, instead of guarantees required by Australian consumer law.

The ACCC says Apple has agreed to bring its return and repair policies in line with local laws and will now provide consumers with coverage for a minimum of 24 months -- like it does in Europe and other parts of the world. It's not the first time Apple has had run-ins with the ACCC either, last year it was fined AU$2.29 million ($2 million) for "deliberately" misleading customers over the 4G capabilities of its new iPad. Australian customers will soon be able to visit a new webpage on the Apple Store which clarifies the differences between the company's own policies and those set out by law, putting an end to warranty confusion once and for all.

In this article: accc, apple, applecare, australia, warranty
All products recommended by Engadget are selected by our editorial team, independent of our parent company. Some of our stories include affiliate links. If you buy something through one of these links, we may earn an affiliate commission.