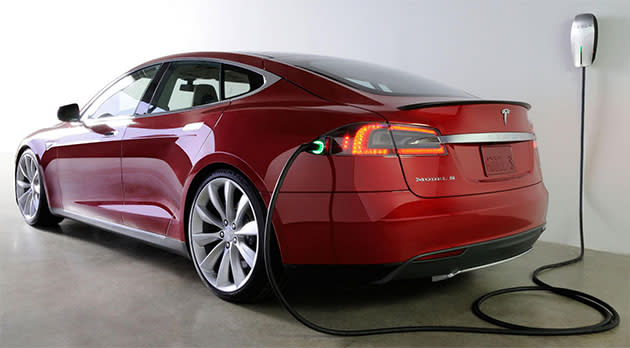 Amidst a recent spate of Model S fires, Tesla has upgraded the software on the EV to prevent unsafe charging, according to a tweet from Tesla S owner @ddenboer. If input power fluctuations are outside a safe range, the software will automatically reduce the charging current by 25 percent -- from 40 amps to 30, for instance. The change is supposedly a response to a recent Tesla S blaze, which happened in a California garage in November. Citing investigators, Tesla said the incident wasn't caused by the EV but by an overheated wall charger in the garage, a problem that the system can apparently now detect and help mitigate. Meanwhile, per Tesla's request, the National Highway Traffic Safety Administration is still looking into several recent fires, two of which were caused by road debris puncturing the batteries. Though the company has already changed the warranty to cover any and all fire damage, CEO Elon Musk hopes that such an inquiry will prove that the Model S is safe.

In this article: Charging, ElectricVehicle, EV, HomeCharging, ModelS, Tesla, TeslaModelS, Wiring
All products recommended by Engadget are selected by our editorial team, independent of our parent company. Some of our stories include affiliate links. If you buy something through one of these links, we may earn an affiliate commission.