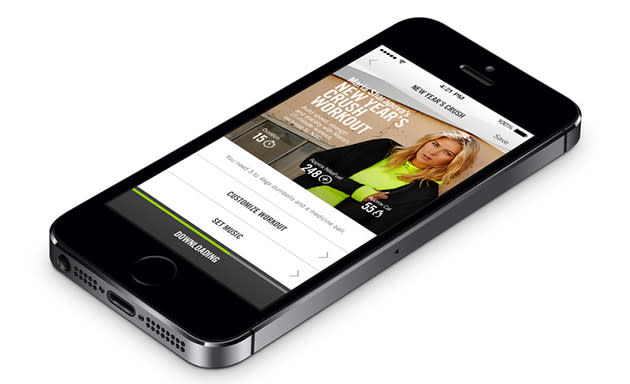 You know what always comes after pigging out during the holidays: a New Year's resolution to get fit, this time (you swear!) for sure. Well, Nike's hoping to kickstart your quest to fitness by updating its Nike Training Club (N+TC) apps for Android and iOS. New features include the ability to customize exercise routines, as well as earn reward content and sharable milestones whenever you reach a goal. Nike has also added six new exercise videos (of athletes and celeb trainers) to its archive of more than a hundred. Other than that, the app's now more tightly integrated with other Nike products: it's now possible to add minutes from each run on the separate Running app to your N+TC total, and you can tag N+TC sessions on the FuelBand app. The update will hit both platforms' app stores on December 31st -- just in time to make you feel less guilty about that third slice of cheesecake on New Year's Eve.

In this article: Android, app, IOS, mobilepostcross, nike, nike+, NikeFuelBand, NikeRunning, niketrainingclub
All products recommended by Engadget are selected by our editorial team, independent of our parent company. Some of our stories include affiliate links. If you buy something through one of these links, we may earn an affiliate commission.