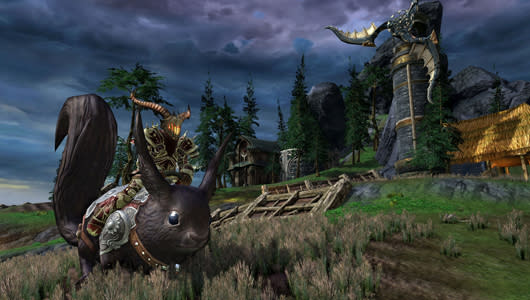 PvP dimensions have been a much-requested feature for RIFT ever since the dimensions feature debuted with the game's Storm Legion expansion in November of 2012. Yesterday brought some good, if vague, news for players waiting on PvP dimensions: They're still in development, but no ETA is available.

Trion Worlds's Pithos (of the RIFT development team) explained via the game's official forums that the release date depends on "how many features [the team] want[s] to launch with, and how often other tasks take priority." He also explained that the team has a very basic version working that includes start points, graveyards, and respawning.

Make of that what you will.
In this article: dimensions, f2p, fantasy, forum-post, free-to-play, freemium, in-development, microtransaction, microtransactions, pithos, premium, pvp, pvp-dimensions, rift, rift-lite, rift-planes-of-telara, rvr, storm-legion, three-faction-pvp, three-way-pvp, trion, trion-worlds
All products recommended by Engadget are selected by our editorial team, independent of our parent company. Some of our stories include affiliate links. If you buy something through one of these links, we may earn an affiliate commission.