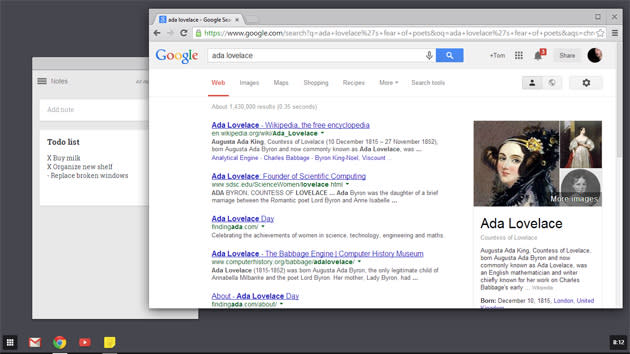 After a fairly lengthy beta phase, Google has released the finished version of Chrome 32 -- and it's one of the biggest updates to the browser in recent memory. Windows 8 users now get a Chrome OS-style interface (shown above), complete with its own windowing system and a web app launcher. Whichever platform you're running, you'll also get malware blocking and notifications when tabs are playing audio or using your webcam. Protective parents may also like a beta supervised users feature that lets them review their kids' browsing habits. Suffice it to say that there's more than enough here to warrant grabbing the Chrome update; visit the source links if you'd like the full release notes.

In this article: browser, chrome, chromeos, google, internet, malware, parentalcontrols, software, web, windows8
All products recommended by Engadget are selected by our editorial team, independent of our parent company. Some of our stories include affiliate links. If you buy something through one of these links, we may earn an affiliate commission.