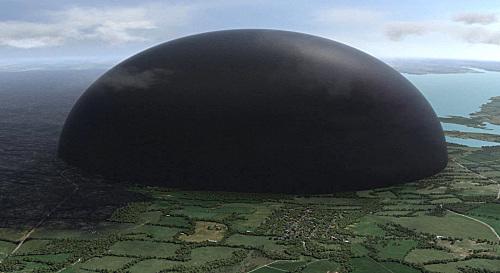 Last summer, CBS shared the financial load for its new show Under the Dome with Amazon by cutting a deal to stream episodes days after their broadcast, before the series even aired. This year, it's renewing the agreement for Under the Dome season two and extending it to cover a new show, Extant. Both are produced by Steven Spielberg's company, while the latter will star Halle Berry as an astronaut with a robot child, and another half alien/half human kid on the way. Under the Dome will return this year on June 30th with a premiere episode written by Steven King, while Extant premieres July 2nd. Amazon Prime subscribers can stream episodes of both four days after they air, just like last year, or download them to the newest Kindle tablets for offline viewing. Have Amazon Prime and need something to watch before then? If you listen to the Engadget HD Podcast you know our first answer is Justified, but another option is all three seasons of Veronica Mars. Amazon snagged that as a streaming exclusive as well, just ahead of the Kickstarted movie's release March 14th.

In this article: amazon, cbs, extant, halleberry, hdpostcross, PrimeInstantVideo, stevenking, underthedome, veronicamars
All products recommended by Engadget are selected by our editorial team, independent of our parent company. Some of our stories include affiliate links. If you buy something through one of these links, we may earn an affiliate commission.