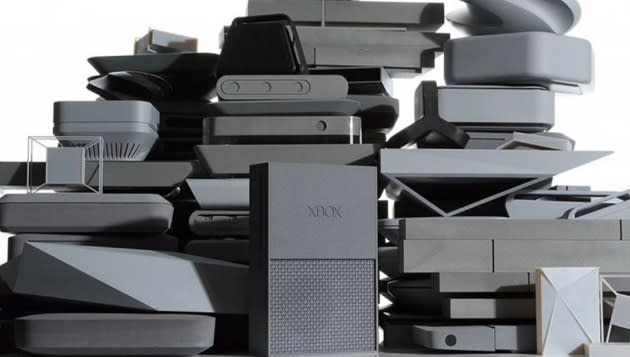 Gadget design is rarely a simple process, and we now know that the Xbox One is no exception to the rule. Microsoft designer Carl Ledbetter has revealed that the game console went through many 3D-printed incarnations before the company settled on a final product; there were 75 system prototypes, 100 for the Kinect and 200 for the gamepad. The development team spent a long time finding a balance between familiar Xbox design cues and the desire for an always-on media hub, Ledbetter says. Whether or not you think Microsoft achieved its goal, it's clear that the Xbox One's current look was never guaranteed.

In this article: carlledbetter, console, gaming, kinect, microsoft, prototype, VideoGames, xbox, xboxone
All products recommended by Engadget are selected by our editorial team, independent of our parent company. Some of our stories include affiliate links. If you buy something through one of these links, we may earn an affiliate commission.