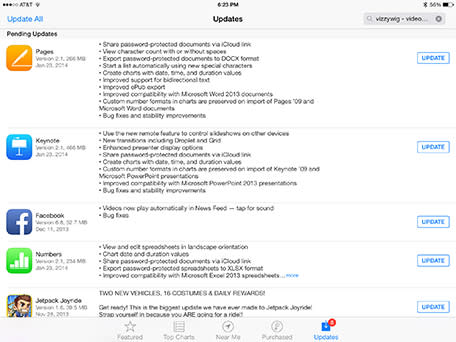 Good news for iWork users! A software update has restored some of the missing features back to the service. You can share documents with a password via an iCloud link; Pages gains a vertical ruler and alignment guides; and there are additional sorting options in Numbers. As Macworld points out, Keynote has some new transitions, but did not restore some of the customization that was in Keynote 09.

Meanwhile, since it's after midnight on the East Coast, happy 30th anniversary to the Mac!

Other news from Thursday afternoon includes:

In this article: iWork, news-roundup
All products recommended by Engadget are selected by our editorial team, independent of our parent company. Some of our stories include affiliate links. If you buy something through one of these links, we may earn an affiliate commission.
Share
Tweet
Share