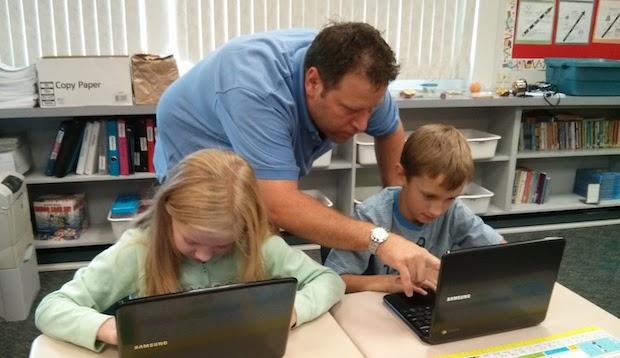 Google began its play for the education market late last year with a student-oriented version of the Play Store. Since then, partners of the Google for Education program have provided their classes with learning software and tools on select Chromebooks and Android-based tablets. Today, Mountain View announced two new devices headed for that very lineup this spring: Lenovo's ThinkPad 11e series and the Toshiba Chromebook, starting at $349 and $299 (respectively). Samsung's also on board with a classroom-ready edition of its Galaxy Tab 3 10.1 set to launch this April.

And what's the best way to complement that influx of hardware? Google thinks it's by adding thousands of K-12 books to Google Play for Education, including popular titles like Bridge to Terabithia and Lord of the Flies. The plethora of digital reads are available for affordable access periods (60, 180 or 360 days) to a few select schools as early as today, but arrive for the rest in the coming weeks.