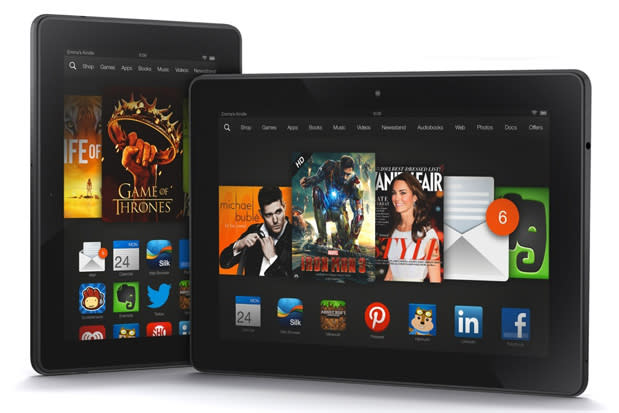 Amazon might still be working away on its far-out delivery drone project, but it's also reportedly cooking up something else, admittedly a little tamer, too: a Kindle checkout system and a P2P payment service. Yes, the former's exactly what it sounds like -- a Kindle tablet equipped with proprietary software and a credit card reader (like Square), at least according to the Wall Street Journal. Amazon supposedly acquired GoPago (a mobile payment platform for merchants) in 2013 to nudge this venture forward, though TechCrunch says it's not the only payment solution the firm's developing. Apparently, the company's also creating a cloud-based P2P payment system that might be accessible not just on mobile phones, but also on desktops, making it a veritable PayPal competitor. We just hope it doesn't tie up with Amazon's plans to "ship before you buy" if it does launch, because surprise credit card charges are a nightmare.

In this article: amazon, CreditCardReader, kindle, KindleFire, MobileCreditCardPayment, MobilePayments, mobilepostcross, P2pPayments, paypal
All products recommended by Engadget are selected by our editorial team, independent of our parent company. Some of our stories include affiliate links. If you buy something through one of these links, we may earn an affiliate commission.