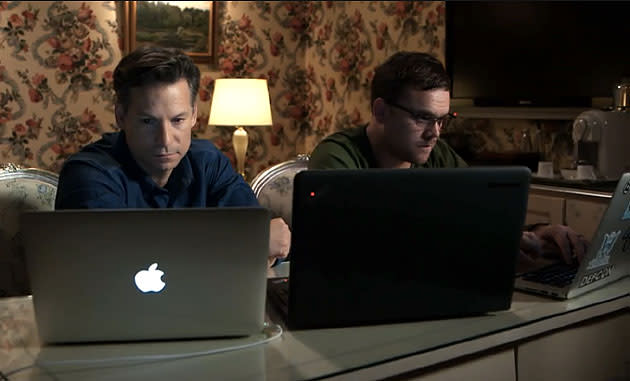 There's little question at this point that the logistics in Sochi, from hotel rooms to public infrastructure, are a mess, but one of the greatest threats to visitors is one they can't even see. According to NBC, it's a near-guarantee that connected devices are being watched by hackers within Russia, who use malware downloaded on smartphones and laptops to steal personal information. It can be assumed that visiting dignitaries, athletes and journalists face a particular risk when it comes to unauthorized access. NBC's Richard Engel came to Russia with brand-new gear littered with fake accounts, testing the waters while limiting exposure to his legitimate data and contacts. The "honeypot" was a success, with Engel's Galaxy S 4, Mac and Windows laptop all compromised within a day of arrival.

If you're headed to Sochi (or anywhere else in Russia, for that matter), you should exercise extreme caution while browsing the web and opening email attachments. Hackers will likely need to get malware onto your machine in order to easily access files, but with deadline pressures and limited free time to surf online, it may be unreasonable to expect the majority of users to avoid falling victim to these attacks. In fact, many visitors may already be sharing their online movements with hackers, and with the exception of pulling the plug entirely, at this point there's little hope. According to NBC, the US State Department has informed Americans traveling to the Olympics that they should have "no expectation of privacy" while in Russia. And if a device is infected, it could continue transmitting information back to The Motherland long after tourists return home. At this point, clear tap water and a pillow on every bed may be the most some Olympics visitors can hope for.

In this article: hack, hackers, nbc, olympics, richardengel, russia, security, sochi, video
All products recommended by Engadget are selected by our editorial team, independent of our parent company. Some of our stories include affiliate links. If you buy something through one of these links, we may earn an affiliate commission.