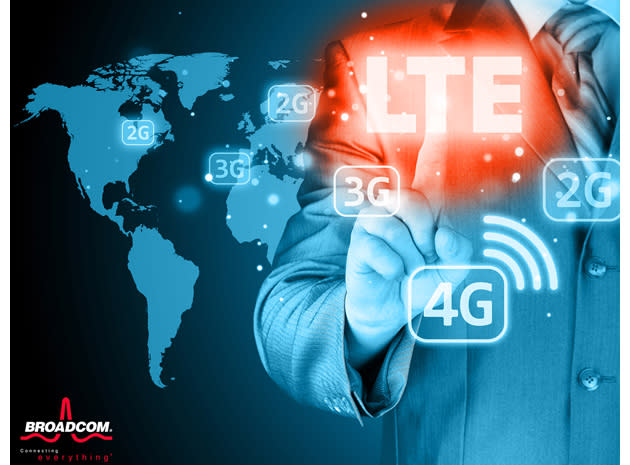 While entry-level smartphones are getting to be quite good these days, few of them have fast LTE; many have to make do with either basic LTE or 3G. If Broadcom is successful with its just-revealed M320 and M340 system-on-chip designs, though, advanced 4G could soon be very affordable. The new chips respectively bundle dual- and quad-core processors with 150 Mbps LTE radios, making it easier for small firms to ship cheap handsets (Broadcom expects sub-$300 pricing) with speedy internet access. They're already integrated with Android 4.4 KitKat, too, so companies don't always have to fuss over software support. Broadcom isn't saying when phones with the new chips will reach the market, but it's currently delivering sample units to "leading" manufacturers.

In this article: android, broadcom, cpu, kitkat, m320, m340, mobilepostcross, mwc2014, processor, smartphone, soc, system-on-chip, wireless
All products recommended by Engadget are selected by our editorial team, independent of our parent company. Some of our stories include affiliate links. If you buy something through one of these links, we may earn an affiliate commission.