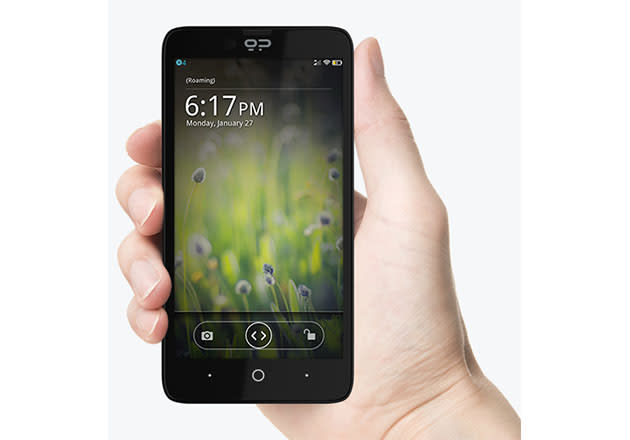 Spain's Geeksphone has been teasing the Revolution for a few months now, but today's the day we find out how much the thing will actually cost. The device, which can switch between Firefox OS and Android, will be priced at 289 euro ($395) when it lands on February 20th, just four days before MWC 2014 begins in Barcelona. If you're fast, however, the company has hinted that it'll offer the handset for 269 euro with an online-only early-bird sale. There's no word on how much more (or less) this one will set you back if it arrives over in the US, but we'll keep our ears close to the Iberian ground.

Update: We've heard back from Geeksphone, with two more important details to share with you. There's no separate US price, it'll all be handled with the exchange rate, so the handset will currently set you back $395, as we said before. Secondly, despite being pitched as a multi-OS device, if you actually want to swap between Firefox OS (Boot2Gecko) and Android, you'll have to install the former on the hardware yourself. Bit disappointing, really.

In this article: Android, Boot2Gecko, Firefox OS, Geeksphone, Geeksphone Revolution, mobilepostcross, Revolution, Spain
All products recommended by Engadget are selected by our editorial team, independent of our parent company. Some of our stories include affiliate links. If you buy something through one of these links, we may earn an affiliate commission.