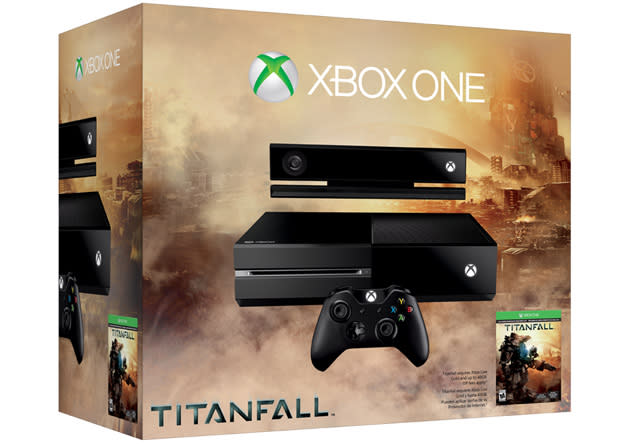 The Xbox One hasn't been selling as well as the PlayStation 4 on a global level, and that's partly due to pricing -- in the UK, Microsoft's system costs a lofty £429 ($713) versus Sony's £349 ($580). That gap is about to narrow, though, as Microsoft plans to cut the Xbox's price to a slightly more reasonable £400 ($665) on February 28th. The company isn't leaning solely on that lower price tag to attract gamers, either. It's also releasing a special Titanfall Xbox One bundle (shown here) that includes both a download code for Respawn's shooter and a month of Xbox Live Gold for the same price as the regular console. Americans can expect this limited edition system to ship alongside the game on March 11th, while Brits should get it on March 14th.

In this article: bundle, console, gaming, microsoft, RespawnEntertainment, titanfall, uk, videogames, xbox, xboxone
All products recommended by Engadget are selected by our editorial team, independent of our parent company. Some of our stories include affiliate links. If you buy something through one of these links, we may earn an affiliate commission.