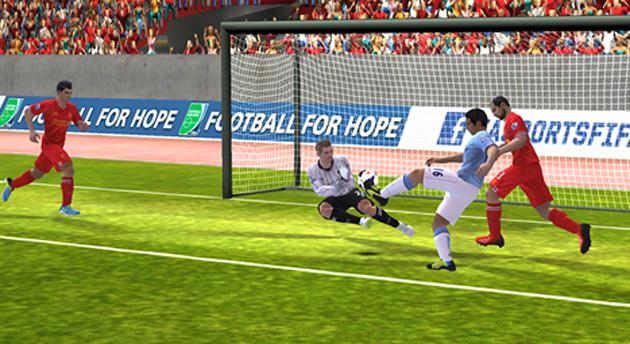 Windows Phone owners no longer have to watch from the sidelines as their friends battle for supremacy in FIFA 14. EA has released a native version of the free-to-play soccer (aka football) title for Microsoft's platform with the same on-the-pitch action that you'd expect on Android and iOS, including options to buy both team points and special game modes like Manager or Kick Off. There's nothing specifically taking advantage of Windows Phone here, but Lumia owners wanting to dominate a virtual Premier League should be very happy.

In this article: app, ea, fifa, fifa14, football, freetoplay, futbol, gaming, minipost, mobilepostcross, mobilepostmini, smartphone, soccer, windowsphone
All products recommended by Engadget are selected by our editorial team, independent of our parent company. Some of our stories include affiliate links. If you buy something through one of these links, we may earn an affiliate commission.