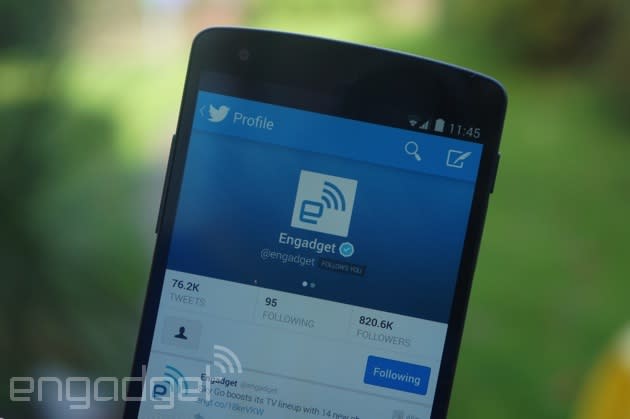 Don't freak out, your Twitter account wasn't hacked. Well, probably. Many users were summarily locked out of their Twitter account on Monday evening, and were then sent an email requesting that they reset their password. However, it wasn't nefarious hackers or bots, but a system error. Twitter has released a statement, saying that it had "unintentionally sent some password reset notices tonight due to a system error." According to Recode, the error affected less than one percent of Twitter users. If you're an unlucky one-percenter, you should be able to reclaim access after you've updated your password.

In this article: error, password, reset, socialmedia, twitter
All products recommended by Engadget are selected by our editorial team, independent of our parent company. Some of our stories include affiliate links. If you buy something through one of these links, we may earn an affiliate commission.