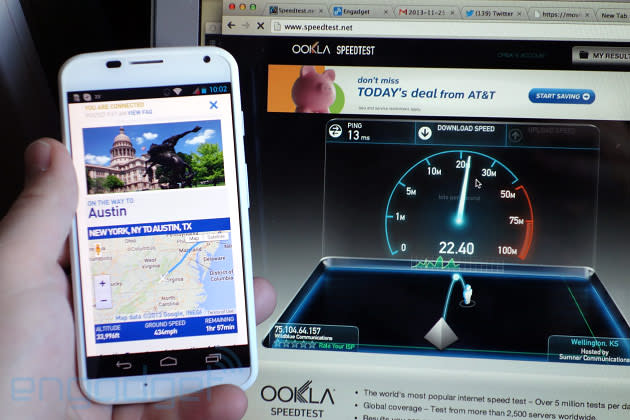 ViaSat's not yet a household name here in the US, but the company's super-fast WiFi is well on its way, due in no small part to successful launches on JetBlue and United. Now, the satellite provider is set to bring its Exede in-flight internet to El Al passengers, operating on several 737s between Tel Aviv and cities in Europe. Unlike the North American service, which connects to ViaSat-1, this European counterpart will hook up with Eutelsat's Ka-Sat, with ViaSat's terminals and antennas handling the connection on each plane. El Al plans to launch the Ka-band service within the next year.

In this article: elal, eutelsat, exede, InFlightWifi, internet, ka-band, ka-sat, satellite, viasat, wifi
All products recommended by Engadget are selected by our editorial team, independent of our parent company. Some of our stories include affiliate links. If you buy something through one of these links, we may earn an affiliate commission.