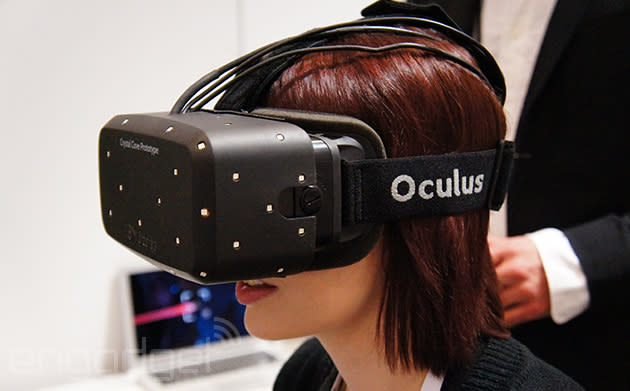 When you're the CEO of the second largest video game publisher in the world, people have a tendency to take what you say seriously. Case in point, Electronic Arts' Andrew Wilson recently revealed his company's plans for virtual reality. At a South by Southwest panel, Wilson said that his company is less focused on the technology of VR, and more interested in exactly how people consume it. As he sees it, we interact with games in three different ways: leaning back, leaning in and looking over -- relating to console, PC and mobile gaming, respectively. With VR, he thinks there will be a fourth: getting in. He says that this could happen either via a headset or even a hologram popping up from your living room floor, and he's pushing his team to explore it.

Think of this along the lines of Amazon (hypothetically) announcing that it'd accept Bitcoin for payment and you're on the right track; that there's another major player in the VR space helps validate the medium. While this could all be taken as pie-in-the-sky speculation, the fact that EA is clearly invested in the virtual reality isn't anything to write off -- just look at what the company's done with mobile gaming.

In this article: AndrewWilson, EA, ElectronicArts, gaming, hdpostcross, sxsw2014, VirtualReality
All products recommended by Engadget are selected by our editorial team, independent of our parent company. Some of our stories include affiliate links. If you buy something through one of these links, we may earn an affiliate commission.