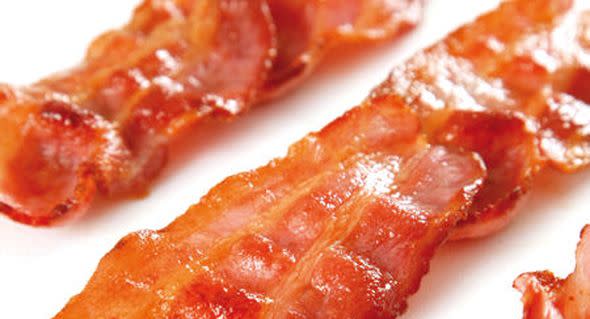 Someone in the comments yesterday suggested that I make a headline about Bacon, and here I am! We now have a bacon Queue.

Do you think we'll ever be able to change factions in WoW (without changing race)? Or atleast that some of the old races will become neutral/choose-your-faction like pandas are?

I've always wondered about betrayal quests (which is what this is, you're betraying your faction). In EverQuest II you could do that, and WoW has made a choice not to have that ability in the game, so it's certainly not from others not having the idea or it working in certain cases.

I suspect though that we won't see them. The faction balance itself is pretty strong with little reason to allow movement between them. And if you do need to go over to the other faction for whatever reason, there's always the race change service.

What I can see Blizzard doing is removing the faction restrictions in grouping with people for dungeons and raids. I know that I'm in the minority in this view ... but meh, I really think it's a possibility in the next couple years.

With WoD having a release date that's so far out, I'm tempted to get the Digital Deluxe version so that I can play with the mount and pet instead of having to wait until nearly the end of the year. However, I always purchase the physical CE's for the other bonuses (I always love the art books).

For Mists of Pandaria Blizzard had allowed people to purchase a digital edition, then they refunded the cost of that once contacted and given the CE key.

Will they be doing the same for WoD?

We don't know yet, and I'm guessing that the reason Blizzard hasn't answered about this is that they don't know yet either. We'll keep an eye out for the answer. Personally I wouldn't count on it, but I play pretty conservative with finances...

Q4TQ, about the teaser for the new wow book, can you explain when /where /to whom the crimes the were listed against Garrosh happened. I don't remember him committing genocide or the "Forced pregnancy"

Christie Golden was answering some questions on Twitter yesterday about this before the discourse turned hostile. She said that she's basing the list of charges and the trial off the Nuremberg Trials that happened after World War II. That's not a bad place to base a fictional war crimes trial on. She's done a lot of research and crafted a story around this, and from the comments of the people in charge of Warcraft's lore, they've entirely got her back. There were a lot of times when she said "you'll just have to wait and see" or something else to that extent; meaning the details of why Garrosh is getting charged are in the book. She also did mention that it was from those he allied with, and there potentially is something there in that if he willfully allowed it to happen under his command, or even ordered it, then he's responsible. It'll be an interesting story to read, and the finer points of it are going to be key.

Also just remember because Garrosh is accused of these crimes, it doesn't mean he's guilty, or that he did them. We've only heard the opening statement from the prosecution. Don't jump to conclusions, wait to hear the evidence ... and remember this is a story. Stories need to tell the good and the bad about the human condition so that we can rise above the prevalent evils in our society.