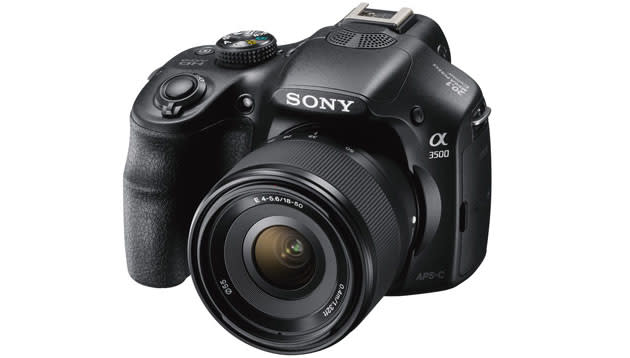 According to a listing on its Australian site, Sony's just launched the A3500 mirrorless camera, but don't get too excited yet. It seems to be a mild reworking of the A3000 released just six months ago with an identical body and specs, like the 20.1-megapixel Exmor APS-C sensor, 1080p video and 3.5 fps continuous shooting speed. The new model has the same 499 Australian dollar price as the A3000 did (the older model is no longer available there), and it comes with a brand-new 18-50mm f/4-5.6 lens. There could also be some changes under the hood, as the footnotes mention a phase-change focus option coming via a firmware update. We can't be sure, though, since there's been no formal announcement to go along with the listing. In the meantime, we've reached out to Sony for an explanation.

In this article: a3500, Alpha, ILC, leak, Mirrorless, sony
All products recommended by Engadget are selected by our editorial team, independent of our parent company. Some of our stories include affiliate links. If you buy something through one of these links, we may earn an affiliate commission.