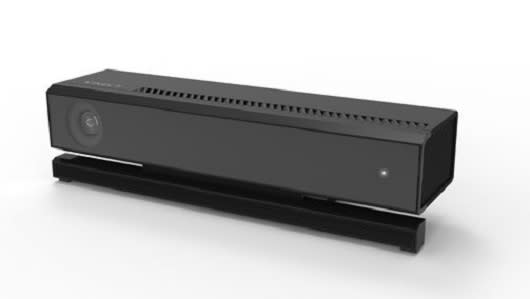 The second iteration of Kinect for Windows revealed by Microsoft this week features a few changes. While it looks nearly identical to the motion-sensitive camera for Xbox One, its glowing Xbox logo power indicator has been replaced by a simple dot, plus the word "Kinect" is now on the hardware's top panel.

Additionally, the second version of Kinect for Windows requires both a hub and separate power supply to operate. The hub includes ports to connect to the sensor, power supply unit and USB 3.0 output to the user's PC. While the power supply will vary by region, it supports voltages that range in 100–240 volts. Microsoft didn't offer a release date for the new version of the PC Kinect hardware.
[Image: Microsoft]
In this article: hardware, kinect, Kinect-for-Windows, kinect-for-windows-v2, motion-control, pc, peripherals, update, version-2.0, xbox
All products recommended by Engadget are selected by our editorial team, independent of our parent company. Some of our stories include affiliate links. If you buy something through one of these links, we may earn an affiliate commission.