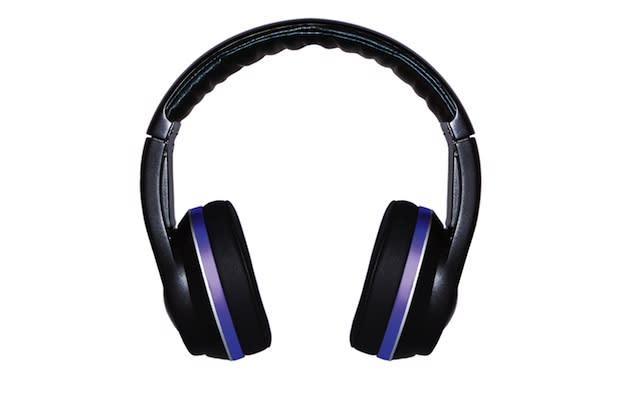 If you've ever wanted to listen to your favorite songs from Pandora and Spotify without having to lug around your smartphone, then this pair of headphones that has recently launched on Kickstarter could be for you. Simply called STREAMZ, the so-called "world's first Smart Headphones" bundles in a fully-baked WiFi and Bluetooth-enabled Android music player right inside the headphones itself. And if you'd rather listen to tunes that you own, STREAMZ has integrated 48kHZ/16 bit DAC, which lets it play CD quality music in unprocessed formats such as FLAC, ALAC, WAV and even in the new audiophile-grade Pono configuration pioneered by Neil Young. There's even a STREAMZ MUSIC store where you can purchase music from over 300,000 CD quality albums. Users can use an Android or iOS smartphone app to search through their music library on STREAMZ.

The headphones have 36GB of built-in storage which you can fill with said tunes, and there's a microphone that supports Google voice commands such as "search for music" or "skip track." You can also use these headphones for more than just music, as there's an optional Bluetooth transmitter that you can plug into your TV so that you can enjoy a more immersive TV watching or video gaming experience. As for pricing, Kickstarter pledgers can snag a 4GB pair for as low as $299, which is $200 less than the expected MSRP. If you'd rather get the 20GB model, that'll cost you $349, while the ultimate 36GB plus accessories combo will set you back $549 (which is still less than the $849 MSRP). All Kickstarter backers will get $300 worth of music from the STREAMZ music store free of charge. If that sounds like an intriguing proposition, take a peek at the video after the break or just hit the link to get more details.

In this article: kickstarter, streamz
All products recommended by Engadget are selected by our editorial team, independent of our parent company. Some of our stories include affiliate links. If you buy something through one of these links, we may earn an affiliate commission.