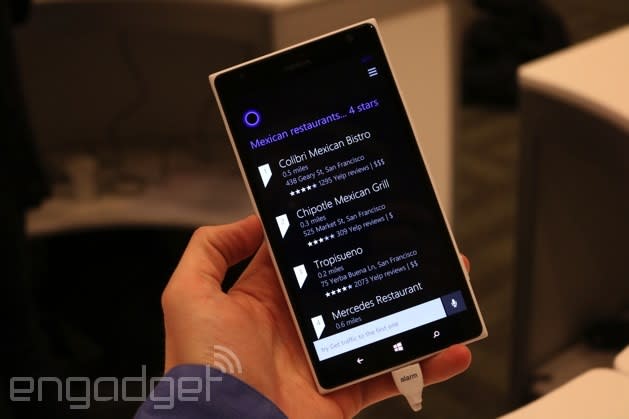 Don't despair that Windows Phone 8.1's signature virtual assistant, Cortana, doesn't officially work outside of the US -- as it turns out, there's a fairly easy way to try it in other countries. Pocket-lint notes that early adopters can chat with Cortana by choosing US language, region and speech in their phone settings. Provided you can live with American spelling across the interface, everything works as expected -- you can find local shops, call friends and set reminders using only your voice. You'll still have to wait until later in the year to get a truly localized version of Microsoft's digital companion, but you can at least see what all the fuss is about right now.

In this article: cortana, microsoft, mobilepostcross, smartphone, VirtualAssistant, VoiceControl, windowsphone, windowsphone8.1
All products recommended by Engadget are selected by our editorial team, independent of our parent company. Some of our stories include affiliate links. If you buy something through one of these links, we may earn an affiliate commission.