'Fall Guys' is getting its first new level 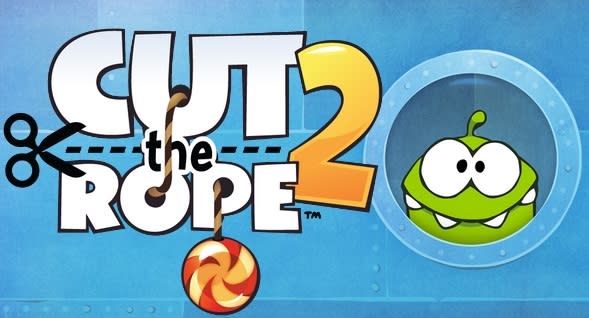 In the latest instance of the ongoing battle for platform supremacy between iOS and Android, the Wall Street Journal reports that both Apple and Google are attempting to strike deals with popular game developers for platform exclusivity.

The two Silicon Valley giants have been wooing game developers to ensure that top-tier game titles arrive first on devices powered by their respective operating systems, people familiar with the situation said.

In exchange, Apple and Google are offering to provide a promotional boost for these games by giving them premium placement on their app stores' home pages and features lists, these people said.

Apple of course isn't new to this type of strategy. The Journal points out that Apple granted ZeptoLab's "Cut the Rope 2" significant promotional coverage on the App Store in exchange for a three-month exclusivity window. Similarly, you might recall that when Plants vs Zombies 2 launched this past summer, it was also an iOS exclusive at launch.

Notably, the Journal makes a point of emphasizing that Apple doesn't pay money for iOS exclusives. Indeed, the payment comes in the form of App Store positioning, which is arguably more advantageous than one lump sum payment anyhow.

As Android continues to gain in popularity, Apple is reportedly considering expanding the number of its iOS exclusivity agreements.

The underlying question in all of this, though, is whether or not these exclusivity deals actually help influence smartphone purchasing decisions and whether or not users will jump from one platform to another to get their hands on a compelling new game.

In this article: gaming
All products recommended by Engadget are selected by our editorial team, independent of our parent company. Some of our stories include affiliate links. If you buy something through one of these links, we may earn an affiliate commission.