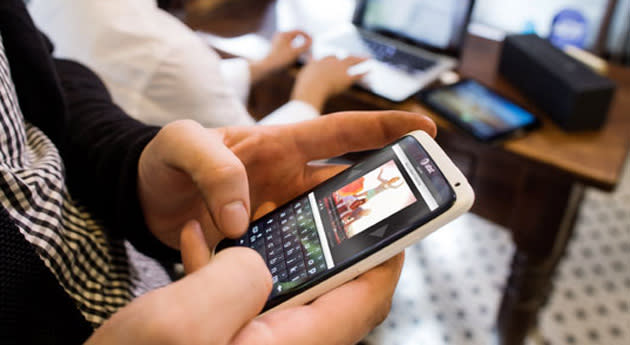 AT&T has a new way to take on TV-threatening internet video services like Netflix: it's going to offer a few services of its own. The telecom is teaming up with the Chernin Group -- previously a bidder in the Hulu sweepstakes -- to start a venture that will "acquire, invest in and launch" both online video platforms and on-demand TV channels. While the two companies aren't saying much about their plans, they're already willing to pledge over $500 million to the project and fund providers whether they're ad-supported or subscription-based.

The motives are fairly transparent -- the two firms see a chance to profit from viewers' demand for video "how and when they want it." They may have the skills to compete, too. AT&T is counting on its experiences with both networking and TV to give it an edge, while the Chernin Group touts its control of the anime-focused Crunchyroll video service as an advantage. It's too soon to know whether these credentials are enough to give existing streaming offerings a run for their money, but the move should at least give AT&T a direct answer to Verizon's Redbox partnership.

In this article: att, cherningroup, hdpostcross, internet, investment, overthetop, streaming, television, thecherningroup, tv, venture
All products recommended by Engadget are selected by our editorial team, independent of our parent company. Some of our stories include affiliate links. If you buy something through one of these links, we may earn an affiliate commission.