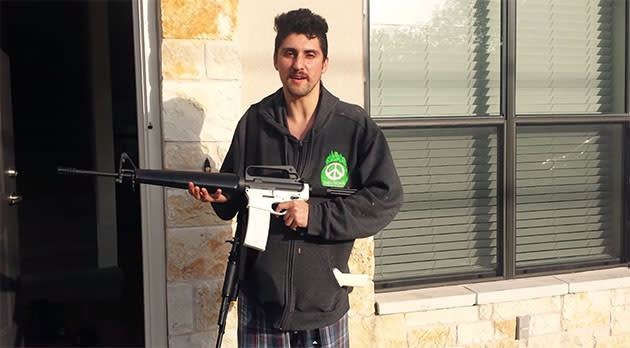 Ever since sites like Silk Road showed the dark side of anonymous Bitcoin transactions, governments have been trying to regulate the crypto-currency. But a group of coders -- headed by 3D-printed gun creator Cody Wilson and Amir Taaki (above) -- want to keep that genie out of the bottle with a new app called Dark Wallet. It was first launched on Indiegogo, where it met its $50,000 funding goal, thanks in part to Bitcoin donations. The software could make it nearly impossible to trace the currency's flow, thanks to a one-two punch of encryption and "CoinJoin" technology. In brief, the latter code registers multiple transactions as a single movement of funds, masking transfers.

Though such software is questionably legal, the group flat-out admitted that the app's main purpose is for illicit transactions, like those on the now-defunct Silk Road. But according to Wired, authorities like the Financial Crimes Enforcement Network are "well aware" of the software, and plan to be "vigilant" about activities around it. As for whether it could be used in murder-for-hire or other abhorrent crimes? "Liberty is a dangerous thing," Wilson said. Whether you agree with that or not, the app is set to arrive tomorrow.

In this article: Bitcoin, cryptocurrency, DarkWallet, encryption, laundering, moneylaundering
All products recommended by Engadget are selected by our editorial team, independent of our parent company. Some of our stories include affiliate links. If you buy something through one of these links, we may earn an affiliate commission.