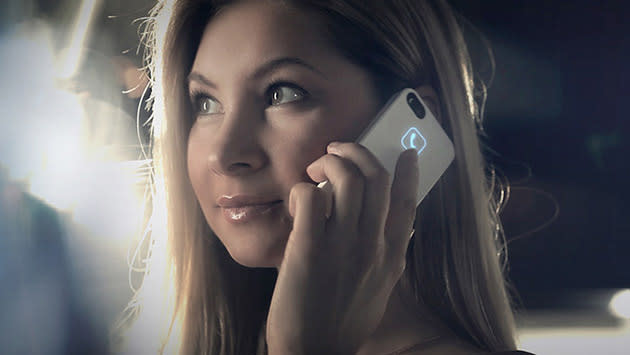 iPhone cases are a dime a dozen, but the creators of Lunecase claim their masterpiece can do something special. While it looks just like any other case on the surface, Lunecase can apparently harness the electromagnetic energy the iPhone emits and use it to light up its LED call or message indicators. It's not even connected to the phone via wires or any other means -- if what its Kickstarter page says is true, it'll work as soon as you snap it on. Sound familiar? That's because Lunecase's creators, Ukrainian company Concepter, showed it off at CES 2014, albeit in a different form. The prototype presented during the event looked a lot different from the current offering, but at least it worked just as advertised. If this sounds more useful than a case that can track your blood pressure, you can get one for the iPhone 5, 5s and 5c from its Kickstarter page for a minimum pledge of $35. Just note that you'll have to make do without its icon-like indicators until it ships, which the company aims to do sometime in August.

In this article: apple, case, iphone, Iphone5, Iphone5c, Iphone5s, IphoneCase, mobilepostcross
All products recommended by Engadget are selected by our editorial team, independent of our parent company. Some of our stories include affiliate links. If you buy something through one of these links, we may earn an affiliate commission.