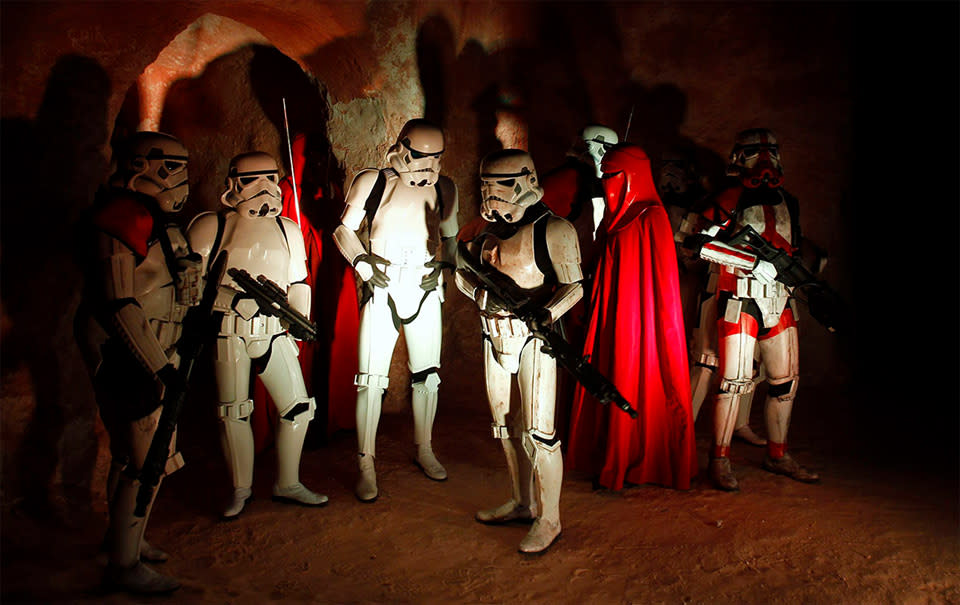 Oung Jmel in Nefta, Tunisia, is better known by many as an outcrop of Tatooine called Mos Espa. The above image was taken on location in preparation for a parade organized by the local tourist board as part of "Star Wars day" celebrations over the weekend. May 4th has been adopted by fans as a day to celebrate the movie franchise, but this year was of particular significance, as just days earlier the cast for Episode VII was confirmed to include a number of actors from the first three movies, and a recent crowdfunding campaign has been launched to save the location from being swallowed by the sands.

The Big Picture is a series of short features where the image takes center stage.

In this article: ong jmel, star wars, starwars, TheBigPicture, tunisia
All products recommended by Engadget are selected by our editorial team, independent of our parent company. Some of our stories include affiliate links. If you buy something through one of these links, we may earn an affiliate commission.