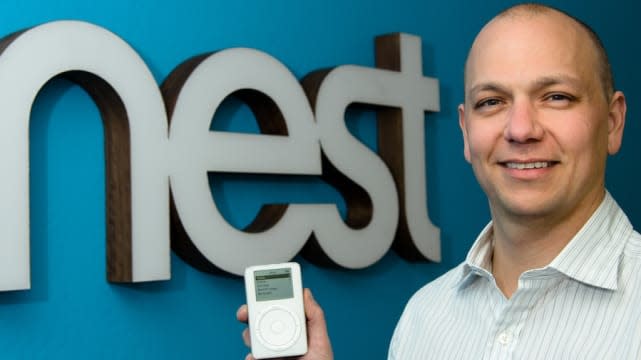 On October 23, 2001 Steve Jobs introduced the world to the iPod, a little block of stainless steel and plastic that would revolutionize the company's future. The iPod set the stage for every iOS device we currently couldn't live without and lit the fuse that changed Apple Computers to simply Apple Inc. in 2007. Steve Jobs explained the name change at that year's expo, ""The Mac, iPod, Apple TV, and iPhone. Only one of those is a computer. So we're changing the name."

The iPod really doesn't get enough credit, nor does its designer Tony Fadell. Fadell was hired by Apple in February of 2001 as a contractor tasked with designing the iPod and Apple's strategy for entering the audio player field.

In the years since Fadell has become better known for co-founding Nest Labs and its Wi-Fi enabled thermostat, but his impact on Apple remains. In an interview this past January at the annual Google Ventures CEO Summit Fadell talked with Google's Kevin Rose about the development of the iPod from pitch to design and what Steve Jobs taught him about saying "no."

You can watch the interview below.

In this article: iPod, steve jobs, tony fadell
All products recommended by Engadget are selected by our editorial team, independent of our parent company. Some of our stories include affiliate links. If you buy something through one of these links, we may earn an affiliate commission.