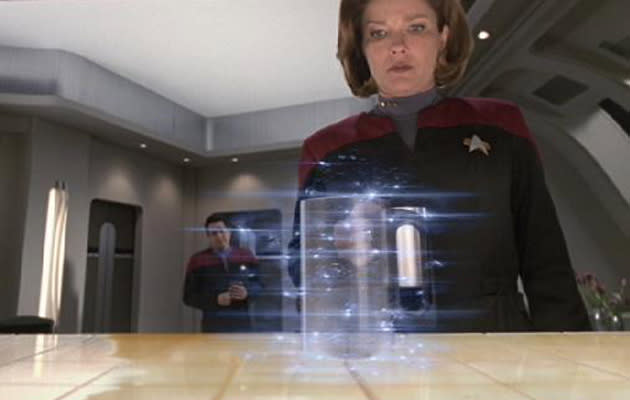 Scientists have long theorized that you can create matter from light by colliding photons, but proving that theory has been a different story -- you need the right high-energy particles to even think of trying. However, it looks like that once-impossible dream is close to becoming reality. Researchers at Imperial College London have discovered a technique that should produce electrons and positrons by colliding two sets of super-energetic photons. To create the first batch of photons, you have to first blast electrons with a laser, and then shoot them at a piece of gold; you produce the other batch by firing a laser at the inside of a small gold can to produce a thermal radiation field. If you collide the two photon sources inside the can, you should see electrons and positrons spilling out.

While that sounds like it could be complex, it's more feasible than you might think. The photon-to-photon collider would use equipment that already exists, and the team is talking to others that can easily make the experiment happen. With that said, a Star Trek-like replicator is still a distant prospect at best -- this collision won't create atoms, let alone full objects. Even if the research doesn't eventually fulfill our sci-fi fantasies, though, it could still help astrophysicists by recreating conditions from the first 100 seconds after the Big Bang.

In this article: astrophysics, breit-wheeler, collider, ImperialCollegeLondon, light, photon, photonics, physics, science
All products recommended by Engadget are selected by our editorial team, independent of our parent company. Some of our stories include affiliate links. If you buy something through one of these links, we may earn an affiliate commission.