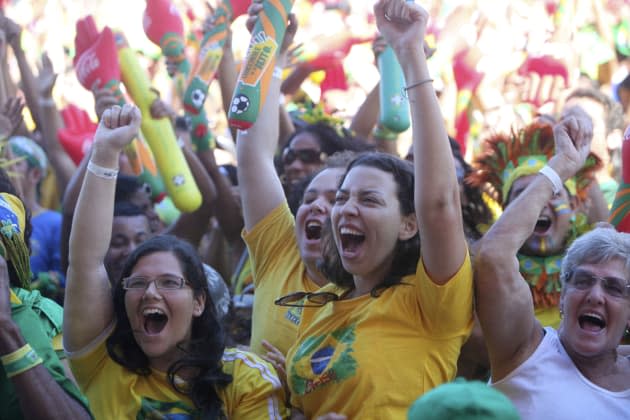 If you're in Rio de Janeiro this summer but can't attend any World Cup matches in person, don't fret; you may still be in for a treat. Brazilian TV giant Globo is teaming up with Sony to broadcast three live Cup games (a second-round match, a quarterfinal and the final) in 4K quality, and it's putting 65-inch sets in Rio's Jardim Botanico neighborhood so that the public can watch. This isn't the first time we've seen live soccer futebol play out in 4K, and there will be a handful of feeds in other countries. However, Globo's offering promises to be one of the more exciting test runs for high-res sports -- particularly for locals determined to cheer on the home team.

In this article: 4k, brazil, fifa, football, globo, hdpostcross, riodejaneiro, soccer, sony, sports, television, tv, ultrahd, worldcup, worldcup2014
All products recommended by Engadget are selected by our editorial team, independent of our parent company. Some of our stories include affiliate links. If you buy something through one of these links, we may earn an affiliate commission.