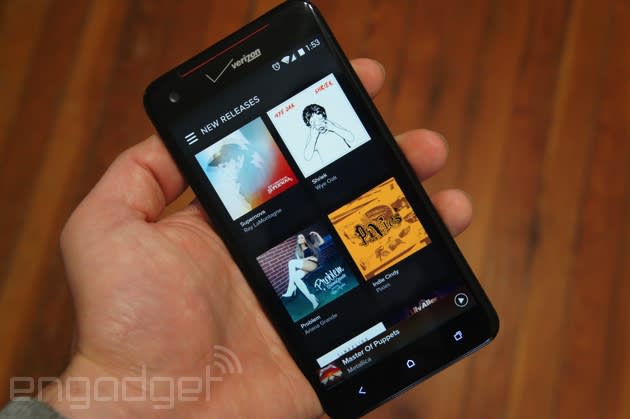 Spotify has no shortage of competition, but it looks like the streaming music service is managing to stay ahead of the pack. The company has just notched up its 10 millionth paid subscriber, doubling the number of Premium customers it had a year and a half ago; the growth rate has been clearly accelerating, since it took four years for Spotify to land its first five million. Plenty of free customers have hopped aboard, too, as the total active base has doubled since late 2012 to hit 40 million.

Comparing against rivals is tricky, since they're not always as eager to boast about major milestones. However, it's clear that there's still a significant gap. Rdio, one of Spotify's best-known challengers, had 6 million paying listeners as of late 2013; Deezer had 5 million at that time. Whether or not Spotify can keep up its current pace is another matter. Part of the music provider's lead comes from launching in some regions ahead of its peers. While it's still one of the most widely available services, with access in 56 countries, opponents like Rdio are quickly expanding their reach -- it'll soon take more than broad coverage to stand out from the crowd.

In this article: deezer, internet, music, rdio, spotify, streaming
All products recommended by Engadget are selected by our editorial team, independent of our parent company. Some of our stories include affiliate links. If you buy something through one of these links, we may earn an affiliate commission.