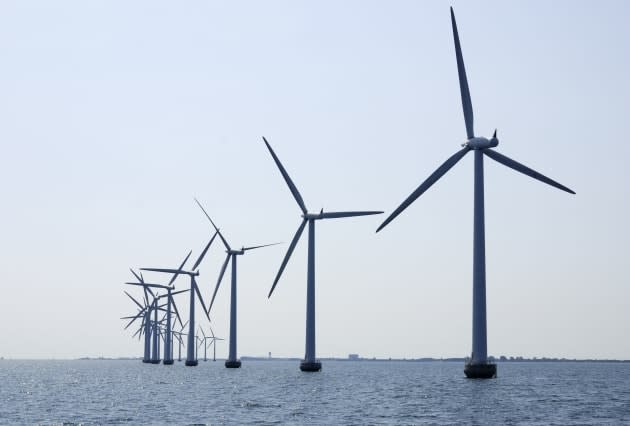 Building new fleets of windmills isn't the only way to meet increasing demand for breeze-based energy, it seems. General Electric plans to get more renewable energy out of some of its existing turbines by lengthening their blades. You see, shorter rotors need a stronger wind to turn them, so GE figured out how to make existing blades longer -- without reducing their strength -- to increase their electrical production by over twenty percent.

Lengthening the blades was no small feat, either. Because they're made of composites to keep weight down, GE's boffins were able to cut the 120-foot blades in half and seamlessly insert a 23-foot extension in the middle. You can see one such surgery happen in time-lapse fashion in the video above, but bear in mind that the most important bits are blurry -- the process has yielded 16 patent applications thus far, so we won't know the particulars until the USPTO publishes them.

In this article: ge, general electric, renewable energy, video, wind power
All products recommended by Engadget are selected by our editorial team, independent of our parent company. Some of our stories include affiliate links. If you buy something through one of these links, we may earn an affiliate commission.