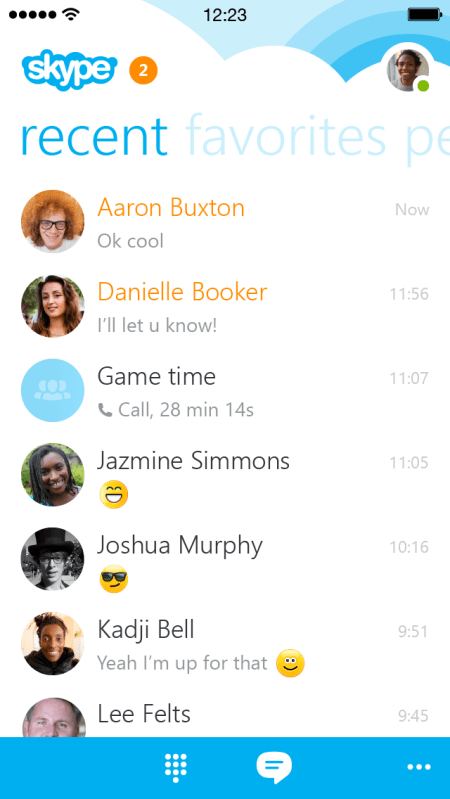 Microsoft has announced that their fully redesigned Skype app for iPhone will launch in about a week, introducing with it a number of exciting new features. Here's what you can expect when the app launches next week.

According to the developers, the app is now five times faster than before, creating a smoother experience overall when switching back and forth between conversations, favorites, and contacts. In addition, battery usage for the app has reportedly been decreased.

The new Skype app also has better connectivity with other user's accounts. iPhone users can start group chats directly from the main hub, and if you send offline users a message or image, the service will hold the message for them until they log back in -- even in group messaging situations. Finally, the service features smarter integration between the various platforms you use Skype on. Whether you're on your iPhone, PC, or Xbox, notifications follow as you move from device to device. When you read a conversation in one place, it is marked as read when you login to your iPhone account.

Currently this update is only for the iPhone version, but iPad users can expect their own update in the future. You can watch Skype's announcement video for the update below.

In this article: iphone, skype
All products recommended by Engadget are selected by our editorial team, independent of our parent company. Some of our stories include affiliate links. If you buy something through one of these links, we may earn an affiliate commission.