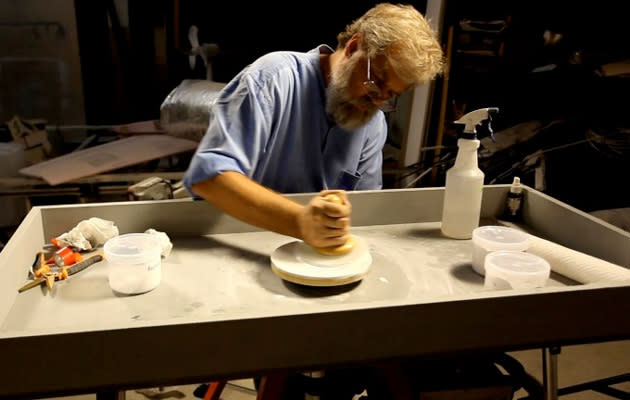 Tim Jenison may have been behind Video Toaster and LightWave, but he'll probably be remembered as the man who proved that Vermeer used technology to help him paint. In a lengthy piece over at BoingBoing, the inventor reveals the techniques that went into recreating the camera lucida used to paint Tim's Vermeer, as documented in the film of the same name. In addition to building an exact replica of the room depicted in The Music Lesson, Jenison wanted to only use hardware that the Dutch master himself could have used -- which led him to mill his own glass lenses, which he polished by hand. Oh, and did we mention that the film is now available to buy on Blu-ray? Because it is.

And here's the first 10 minutes of the film, courtesy of Sony Pictures.
In this article: Camera Lucida, Painting, Tim Jenison, Tims Vermeer, Vermeer, video
All products recommended by Engadget are selected by our editorial team, independent of our parent company. Some of our stories include affiliate links. If you buy something through one of these links, we may earn an affiliate commission.